Education Minister and cabinet member Naftali Bennett (Habayit Hayehudi) on Sunday criticized the Netanyahu government and the defense establishment on their decision-making regarding Hamas in Gaza, calling it a “grave error.”

Speaking to Hadashot Online, Bennett announced that Habayit Hayehudi ministers would oppose a ceasefire with Hamas and called on the government to “meet its commitment to the residents of the south.”

Bennett’s remarks came a few hours before the cabinet meeting convened for the first time since the escalation in Gaza began. “I am announcing that the Habayit Hayehudi ministers will oppose a Hamas ceasefire that does not completely halt the launching of firebomb kites and the rearming of Hamas,” Bennett said, reiterating that “a ceasefire without preventing the intensification and stopping the kite terrorism would be a mistake we can not accept.”

Bennett also referred to “the equation in which Hamas dictates the tone for the State of Israel,” and called it “a serious failure of Israeli deterrence.”

“This will lead us to an escalation and additional rounds,” Bennett said, stating: “When there is no deterrence, there is no security.”

Bennett tweeted on Saturday night: “The formula according to which after two months of fires and hundreds of rockets on residents of the Gaza vicinity, Hamas dictates to us a ceasefire is a serious mistake.”

He said that two months ago he had made it clear that “restraint breeds escalation, and anyone who forgives the violation of our sovereignty and refrains from taking a fundamental action will force us to wage a lengthy war of attrition. The IDF must be ordered to act with force, sophistication and thoroughness.” 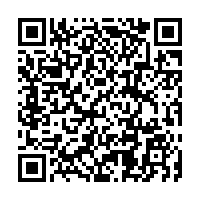