PA president Mahmoud Abbas, who is about 9 years late for democratic elections, has threatened to dismantle the Palestinian Authority and annul the Oslo Accords.

In response, Minister Naftali Bennett said that first Abbas encourages terrorism, and then threatens to quit. He added that if Abbas wants to go, Israel won’t stop him.

The Palestinian Authority led by Mahmoud Abbas encourages and finances murderers of Jews with one hand and with the other hand blackmails the Israeli government into releasing the murderers.

Abbas’s threat is supposed to scare Israel, that suddenly Israel will be responsible for the Arabs of Judea and Samaria, and will result in a one-state solution or other disasters.

The reality is that Abbas’s threat is an empty one.

Dismantling the PA would mean Abbas and his cronies would have to give up their armies, their official bank accounts, their international funding, and all the other perks that come along with being the top terrorists. It also means the monthly international funding transferred over to captured terrorists would end.

In short, you can imagine how likely they are to give up all that.

On the other hand, Israel has only to gain from finally putting an end to this disaster the Oslo Accords created.

The terrorists from Tunis can finally be deported out of the country. Local Arab leadership, with which Israel has a good relationship, can be built up – if Israel desires. The terrorist infrastructure can either give up their PA authorized weapons, or the IDF can take them away, one way or another. And most importantly, new ideas can be tested and implemented, that don’t involve two states on this side of the Jordan river.

The left used to say: Give away Judea and Samaria for peace.

Instead it brought us war. ** So then they said: Give away Judea and Samaria for security.

Instead it brought terrorism. Over 1,000 Israelis were killed in Tel Aviv, Haifa and Jerusalem. ** Then they said: Give away Judea and Samaria because of the demographics.

Meanwhile the Jewish birthrate is now higher than the Arab birthrate. ** Then they said: Give away Judea and Samaria to avoid a “political tsunami”.

However, that political tsunami never came. ** Now they are saying: Give away Judea and Samaria, otherwise Abbas will go home.

You know what? Let him go home.

Sounds like a good idea, or to paraphrase Bennett’s last sentence: Go ahead Abbas, make our day. 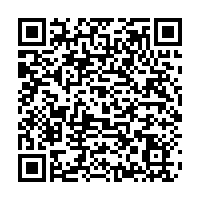