JERUSALEM– For the first time since the beginning of the Passover holiday, the Temple Mount was opened briefly to Jewish visitors and tourists on Sunday, April 20. The site had been closed last week on Sunday, Wednesday and Thursday because of violent Palestinian rioting.

On Saturday night, April 19, five Arabs carrying tear gas were arrested as they tried to access the holy site.


However, this Sunday morning, American Rabbi Meir Soloveichik and his family were able to experience two full minutes on the Temple Mount, considered to be one of Judaism’s holiest sites and where two Jewish Holy Temples stood for nearly a millennium.

The rabbi’s visit was cut short when violent rioting once again broke out on the holy site. The riots forced Rabbi Meir Soloveichik and his family, who were accompanied by Temple Institute International Director Rabbi Chaim Richman, off the site within two minutes of ascending.

Two police officers were injured in the confrontation, and 24 arrests have been made. Arab worshipers threw concrete blocks and rocks at Israeli police. The visit provided an opportunity for the influential American rabbi to join the struggle for Jewish prayer and presence on the Temple Mount. The Islamic Waqf, which was given administrative control of the mount following the Six Day War in 1967, bans Jewish prayer and worship.

Rabbi Meir Yaakov Soloveichik is a world renowned American Torah scholar, teacher and leader, who gave the invocation at the opening session of the 2012 Republican National Convention in Tampa, Florida. Son of Rabbi Eliyahu Soloveichik, grandson of the late Rabbi Ahron Soloveichik and the great nephew of Rabbi Joseph B. Soloveitchik – all of whom are credited for founding what has become the Modern Orthodoxy movement of Judaism.

He currently serves as rabbi of the Sephardic Congregation Shearith Israel in New York City, the oldest Jewish congregation in the United States.

“We are honored to welcome Rabbi Soloveichik,” said Temple Institute International Director Rabbi Chaim Richman. “His visit to the Temple Mount this morning was both spiritual and emotional for all involved. Above all else, his visit sends a strong message to World Jewry that we cannot abandon our holiest site.”

Commenting on today’s incident, Rabbi Soloveichik expressed his dismay at the current situation.

“Under the current circumstances, even to go to the Temple Mount for two minutes was a tremendous privilege,” said Rabbi Soloveichik. “I am very much in favor of ascending the Temple Mount according to Halacha [Jewish law] and after taking the appropriate halachic precautions. It is critical for Jews to understand the importance of the Temple Mount. I applaud the increasing number of Orthodox rabbis and heads of yeshivot that are going to the holy site, and I predict we will see even more Jews ascending in the future.” 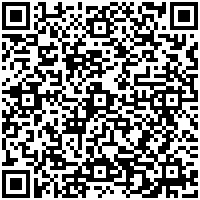