When prominent terrorists are killed, for many Israelis, particularly bereaved family members of terror victims, a sense of justice pervades. However, for Smadar Haran, the bereaved widow of terror victim Danny Haran, last night’s killing of Hezbollah terrorist Samir Kuntar has done more for her than just mete out justice.


“It’s not about revenge, but rather more about us being saved from his very cruel plans,” Smadar Haran told Tazpit Press Service (TPS). Along with her husband, the couple’s four-year-old daughter also died in the attack.

“As we know him, he was a very cruel person, so whoever killed him saved many lives. Some people will never know if their lives were saved because of him being taken out.”

“I feel that what happened today needed to happen because the terrorist Samir Kuntar went back to committing terrorism after he was released from prison,” continued Haran. “Even more, he became a top commander in the Hezbollah forces in the Golan area which meant that he was once again putting the lives of Israeli citizens in danger.”

After being imprisoned in Israel for having committed a cross-border raid from Lebanon in 1979 in which he captured and killed Danny Haran, Kuntar was released by Israel in 2008. Kuntar’s release was part of a prison swap deal in which Kuntar was one of a few prisoners exchanged for the bodies of Israeli soldiers Ehud Goldwasser and Eldad Regev, who were captured by Hezbollah in 2006.

Despite the inevitable difficulties that bereaved family members face when the killers of their loved ones are released from prison, Haran stressed to TPS that it is of utmost importance for all members of society to avoid becoming vigilantes.

“Of course, every normal human being has some sort of conscience and some wish for justice,” Haran said. “We do live not in the jungle but rather we live in a democratic country, so it’s not for me and other victims to take the law into our hands.”

Unsurprisingly, Smadar Haran still needs time to fully internalize the significance of Kuntar’s death. “This was somewhat of a surprise and I haven’t had much time to think about it” Haran said to TPS. “Perhaps even by next week I will be thinking about it a little differently.”

Despite Haran’s unique sense of resilience, she has never been able to achieve full closure from Danny’s death. “I’ve been dealing with closure for many years, but it will never be fully reached until I die,” Haran told TPS.

“Just like what has happened to me beforehand, a piece of my experience has been closed but another part has opened.”

Even though Haran has not succeeded in attaining full closure, Haran expressed to TPS her conviction that she and the rest of the country are much better off with Kuntar’s death and will continue to persevere.

“We will definitely be better with this,” Haran said. “When I am looking outside my window in Nahariya, I see how the city has grown about four times more than it was 37 years ago.”

Nahariya is a city close to the northern border with Lebanon that has been vulnerable to Hezbollah attacks in the past, most notably during the Second Lebanon war in 2006. Despite continued emerging threats near Israel’s northern border, Haran emphasized that the city continued to only move in the direction of perpetual growth.

“This place is really developing and you can feel the energy of life here and not of death,” she said. 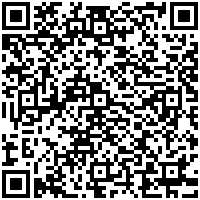