The Conference of Presidents of Major American Jewish Organizations convened its 42nd consecutive annual Leadership Mission to Israel today with a delegation of more than 100 leaders from the Conference’s 53 member organizations, the largest group ever.

Prime Minister Benjamin Netanyahu addressed the group at an opening dinner and thanked the delegates for “taking the message of Israel far and wide,” referring to the recent visits to Turkey and Egypt by Conference members. He emphasized his commitment to the unity of the Jewish people saying, “All Jews must feel at home and welcome in Israel.”


Netanyahu identified two parallel contradictory trends worldwide: an ongoing multinational hostility toward Israel at the UN, ICC, and EU together with what he termed an “obsession” with Israel in international forums. While at the same time, countries like China, India, Russia and Japan are coming to Israel because of their concern with militant Islam and the terrorism it produces and to benefit from Israeli operational experience and intelligence in fighting terror as well as Israeli technologies, such as cyber security, improved water management and desalination, agriculture and biotechnology.

“We need these countries who are coming to us to change their votes in international forums,” stressing the need to press this point.

Netanyahu identified what he called “a triple standard that is applied to dictatorships, democracies, and the Israeli democracy.”

He also noted that during the last year he has sensed a greater understanding of Israel internationally, in part because terrorism has touched all four corners of the earth.

Netanyahu told the group that major Arab countries are changing their view of Israel. They don’t see Israel as their enemy, but as an ally against the radical Islam of Iran and Daesh. “Israel straddles meeting challenges and seizing opportunities,” he said.

This perception was shared by Conference of Presidents Chairman Stephen M. Greenberg and Executive Vice Chairman/CEO Malcolm Hoenlein who positively described their meetings with President Erdogan of Turkey and President Sissi of Egypt in recent days.

The delegation met earlier in the day with Minister of Justice Ayelet Shaked, who explained the Transparency Bill currently making its way through the Knesset, saying that that “when foreign governments interfere out of the public eye, they undermine our sovereignty.” She also said that many of Israel’s critics are hypocrites because while they level accusations at Israel over alleged human rights violations, they say nothing about the bloodshed in Syria.

Major General (Ret.) Amos Yadlin also briefed the group on Israel’s current geopolitical situation. He highlighted the fact that “countries we studied as children don’t exist anymore, they have disintegrated.” Yadlin noted that five years into the “Arab Spring,” we expect to see more of the same in the coming five years as the “Middle East is in havoc and will continue to be so.”

On Iran, Yadlin said “the agreement is problematic, but not a holocaust.” He said there is no threat of a nuclear bomb in the near future, but in the long term, we understand that the Iranians will have a nuclear program. Furthermore, he said that unlike elsewhere in the world, ISIS is not the main threat to Israel, Iran and its proxies, particularly Hezbollah, are.

The proven and effective voice of organized American Jewry for six decades, the Conference of Presidents of American Jewish Organizations advances the interests of the American Jewish Community, promotes broad-based support for Israel, and addresses critical concerns facing Israel and world Jewry.

The delegation will be in Israel through Thursday, February 18 and will be meeting with high-level Israeli leaders, academics, diplomats and opinion makers across the political spectrum. 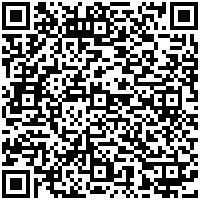