In the video, law enforcement officers are yelling at the driver: Kabeh et Ha’oto (Turn off the vehicle).

The Border Police yesterday received information about suspects who had illegally hunted protected songbirds. Border Police officers, along with inspectors from the Israel Nature and National Parks Authority, moved together to the Beit Shean area in search of the suspects.

The forces identified the poachers’ vehicle near Beit Shean, with three suspects inside. They were stopped and a search of the vehicle yielded 10 protected goldfinches and linnets that had likely been poached on the Golan Heights.

The officers also found in the trunk of the car wireless speakers, traps, and other equipment used to hunt songbirds.

The three suspects, ages between 40 and 50, were handed for questioning to the Nature and Parks Authority.

The protected songbirds were returned to nature following a health examination. 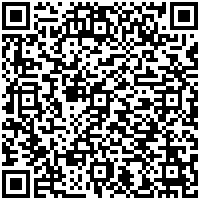