British Prime Minister Boris Johnson is reportedly receiving “standard oxygen treatment” as he continued Tuesday under care for the novel coronavirus in the Intensive Care Unit at St. Thomas’ Hospital in London, where he was initially admitted for “tests” Sunday evening.

I’d like to say thank you to all the brilliant NHS staff taking care of me and others in this difficult time. You are the best of Britain.

Stay safe everyone, and please remember to stay at home to protect the NHS and save lives.


Johnson’s spokesperson said the prime minister’s condition is stable; he is not on a ventilator, is breathing without assistance and “remains in good spirits.” Nor does he have pneumonia, the spokesperson said.

The prime minister was taken to the hospital ten days after he first tested positive for COVID-19. At that time he entered self-quarantine at home, telling Britons it was important to follow the instructions of the nation’s medical personnel and unite to fight the pandemic.

Johnson’s personal physician decided this past weekend to admit him for tests after the symptoms of the virus had not subsided and the fever and coughing persisted.

Within 24 hours of admission, Johnson’s condition was reported to have worsened and he was transferred to the Intensive Care Unit.

Israel’s Prime Minister Benjamin Netanyahu said that he and the entire nation of Israel were praying for the speedy and full recovery of “our friend British Prime Minister Boris Johnson.”

Prime Minister Benjamin Netanyahu and the People of Israel pray for the speedy and full recovery of our friend British Prime Minister @BorisJohnson. ???? pic.twitter.com/gNoPE4ulr1

“I ask on behalf of all of you to send our best wishes to our friend, British Prime Minister Boris Johnson, who is currently battling the disease,” Netanyahu added during his address to the nation on Monday to share the latest government updates in dealing with the COVID-19 coronavirus crisis. 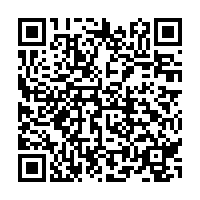