A 10-year-old Brooklyn Haredi girl was killed and her mother, nine months pregnant, was injured when they were hit by a minivan while crossing the street in the Borough Park neighborhood.

The mother, Sarah Friedman, was taken to the hospital, where she delivered a healthy baby girl — her fifth child — on Tuesday night. She reportedly was in an induced coma and did not know as of Wednesday afternoon that her daughter Blima had died. The funeral was held Wednesday.


Friedman and Blima were pinned under the van. The mother reportedly called continually to her daughter and to passers-by to see how Blima was doing, according to local news reports.

The vehicle was driven by Bilal Ghumman, 22, an employee of a nearby valet service who had taken the car without the owner’s consent. A Breathalyzer test administered at the scene showed no alcohol in his system, police said.

Ghumman was charged with the unauthorized use of a vehicle without the owner’s consent and given a violation on an active warrant for a marijuana offense, the police said, according to newspaper reports.

It is the second tragedy to affect the family in recent years. During Hanukkah 2009, a fire broke out in the family’s home, severely burning a younger daughter who nearly died. Blima escaped the blaze., 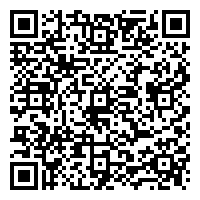