Five Egyptians died in Saudi Arabia on Monday and one more on Tuesday, during Hajj pilgrimage, raising the total number of deaths to 29, the Egyptian Health Ministry said in a statement. So far, ministry officials continue to insist all these deaths have happened due to natural causes. The departed Egyptian citizens belong to different groups of pilgrims.

Dr. Khalid Mujahid, the ministry’s spokesman, said that other Egyptian pilgrims have been receiving medical care in several hospitals in Saudi Arabia. He said most of the cases of death were the result of  fatigue.


The health ministry launched an awareness campaign before the Hajj to alert Egyptians as to ways of preventing infectious diseases during the pilgrimage. The ministry also stated that it had reviewed and approved the availability of medicine and essential medical equipment for all the pilgrims.

An estimated 86,000 Egyptian pilgrims traveled to Saudi Arabia for the Hajj, which this year started last Saturday. 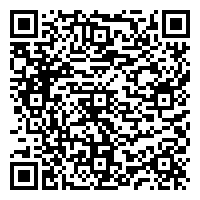