The Canadian Parliament voted overwhelmingly Monday afternoon (229-51) to formally condemn the anti-Israel Boycott, Divestment and Sanctions movement. The historic motion was a wall-to-wall rejection of BDS by the representatives of the Canadian people.

Both Liberals and Conservatives backed the motion “That, given Canada and Israel share a long history of friendship as well as economic and diplomatic relations, the House reject the Boycott, Divestment and Sanctions (BDS) movement, which promotes the demonization and delegitimization of the State of Israel, and call upon the government to condemn any and all attempts by Canadian organizations, groups or individuals to promote the BDS movement, both here at home and abroad.”


Canada has for years stood beside Israel against the onslaught of the new anti-Semitism that began to creep up on campuses across North America and in Europe.

Former Prime Minister Stephen Harper was present to cast his ballot against the movement together with the rest of his Conservative colleagues. Tom Muclair, leader of the NDP, opposed it, according to CIJ News.

Foreign Affairs Minister Stephane Dion declared after announcing the Liberals would also condemn BDS, “The world will win nothing by boycotting Israel, but depriving itself of the talents of its inventiveness.”

Liberal candidate Michael Levitt said during a February 18 debate that “BDS is about intolerance. It’s a broader movement to… collectively punish all Israelis by holding Israel alone responsible for the Arab-Israeli conflict. Whereas anti-Semites have long targeted Jews throughout the world as the root of all society’s ills, this new form of anti-Semitism targets Israel as the Jew among the nations, singling out the Jewish State as the root of all ills in the world.”

During the same debate, Liberal MP Anthony Housefather noted that the BDS movement is “asking for the disappearance of the State of Israel. BDS is saying that all Palestinian refugees must have the right of return to what is today Israel, which would automatically create a situation where we would not have a two-state solution. We would have a one-state solution where Israel was not a majority Jewish State…. the only one in the whole entire world, and that is wrong. BDS, which again singles out Israel, is not looking at all those other countries in the world that engage in egregious human rights violations… The whole idea of holding Israel to a higher moral standard than anyone else is clearly anti-Semitic,” he said.

MP Jeff Watson called the BDS movement “hateful and deceitful.” He denounced “this new anti-Semitism which is poisoning our Canadian campuses.” 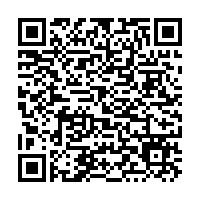