A Syrian woman who lives in the crossfire of the civil war gave birth to a baby boy in an Israeli hospital in Safed.

While in labor on Sunday, the woman made her way to the Israel border from her Quneitra region and asked the Israeli soldiers there for assistance. There are no midwives in her village and no one to help with a delivery, she said.


“Fortunately, the Israeli soldiers in the area saw that I was in a lot of pain, picked me up and took me to a hospital in Israel,” the woman, who is a nurse, told Ynet. “I was afraid to make it to Israel, but I was more afraid for my baby in case the birth didn’t go smoothly at home.”

Ynet reported that the woman knew of many Syrian citizens who had been treated in Israeli hospitals.

Midwives at the Ziv Medical Center coached her through the birth, according to the Times of Israel. She told the newspaper that she was treated with “sensitivity and respect.”

Since February, more than 250 Syrian civilians have been admitted to Israeli hospitals for treatment and dozens more have been treated by Israeli medics at the border. 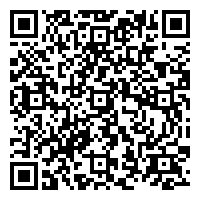