“Israeli society lives in fear, and that is awful,” MK Dov Khenin, whose Communist party is part of the Joint Arab List, told the Committee on the Status of Women and Gender Equality on Monday, adding, “Unfortunately, there are those who build their politics on fear. There are different aspects to the Israeli women’s sense of lack of personal security – physical, sectorial, economic, and social. One of our most important challenges is dealing with this fear and creating a society in which people will feel safer.”

The committee discussed possible courses of action in light of a recent study that showed Israelis in general have a low sense of personal security. The study, conducted by the Knesset’s Research and Information Center, examined various aspects of Israelis’ sense of personal security, ranging from how safe they feel in public spaces to how they rate their employment, health and economic security. The study, commissioned by the Committee on the Status of Women, surveyed a representative sample of 1,028 Israeli adults, more than half of them women.


According to the study, 59% of women and 54% of men said they worried about damaging behavior by state agencies that would negatively affect their personal security. Among Arab women the figure rose to 74%, compared to 59% of Jewish women born in Israel, 51% of ultra-Orthodox women and 49% of female immigrants from the former Soviet Union.

“The national-security discourse allows generals to exclude us from the debate and from many budgets, and only when we realize that cultural and economic security is just as important, the budgets will change accordingly, and the generals will discover that they have a lot to learn,” Committee head MK Touma-Sliman (Joint Arab List) stated.

MK Ayelet Nahmias-Verbin (Zionist Camp-Labor) said that in Israel the family is not perceived as an “anchor of personal security,” and argued that the Knesset does not address the issue sufficiently. “The study found that there are 27 different types of families in Israel, and when we see that the family is the second most influential factor when it comes to personal security, then it is obvious that we have to deal with this issue and see how we can view the Israeli family in a different way.”

MK Aliza Lavie (Yesh Atid) addressed Sunday’s assault on an Arab supermarket employee in central Tel Aviv by a group of Border Guard police who refused to identify themselves, and mentioned that the victim’s father is not sure about filing a police complaint. “The study includes data about the fear of turning to the police, which is the body that is supposed to offer solutions to the lack of personal security,” Lavie lamented. “I’m not sure what happened there, but it certainly must be examined, even without a complaint by the father.”

The study indeed showed that, overall, 20% of women and 24% of men said they wouldn’t feel safe calling the police.

MK Merav Ben Ari (Kulanu) said she is very concerned about the fact that more than 20% of Israeli women are afraid to turn to the police. “Last week, the committee chairwoman and I met in Ireland with the local police commissioner, who told us that in the past some 80% of the population did not trust the police, but they managed to turn the situation around. Having 10% of women being afraid is problematic, but let’s start by trying to reach that number and return to examine the situation on a yearly basis.”

Chairwoman Touma-Sliman said the debate was aimed at “trying to figure out how we move forward from here, after being shocked by the study’s findings, which should terrify every man and women who cares about the sense of personal security of all Israeli citizens. This is merely the beginning of the path towards introducing a different discourse to the political arena and towards a conscious change of the concept of security.” 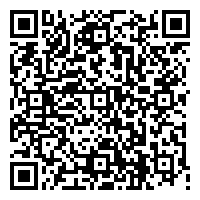