Amid the protests and violence that have roiled Egypt in the past few days, a bizarre new anti-Semitic and anti-Jewish conspiracy theory has emerged claiming that the Muslim Brotherhood is tainted by a secret allegiance to Jews and Israel, the Anti-Defamation League (ADL) revealed on Friday.

Protestors in Port Said, Egypt, were shown in a television broadcast chanting “Khaibar, Khaiber, oh Jews, the Brothers (Muslim Brotherhood) are the Jews.” The slogan evokes an alleged Islamic story of a battle between the prophet Muhammad and the Jews in the town of Khaibar, but in this case the chant was altered to include an allusion to the Brotherhood.


Additionally, Dubai Police Chief Dahi Khalfan, in his Twitter campaign against the Muslim Brotherhood, has recently attempted to discredit the Brotherhood by alleging a nefarious allegiance to Israel and Jews.

“It would seem that no allegation made against the Jews and Israel is too absurd when it is used to stigmatize and discredit others in the Arab world,” said Abraham H. Foxman, ADL National Director. “However bizarre and ludicrous, it is an increasingly popular conspiracy theory that the Muslim Brotherhood is a Jewish production to destroy Egyptians.”

Chief Khalfan, who holds the rank of Lieutenant General, serves as member of the Executive Council of the Government of Dubai and has more than 300,000 followers on his Twitter account, which he devotes primarily to criticism of the Muslim Brotherhood. 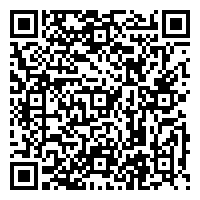