Muhammad Zafran, a 40-year-old man from the Palestinian Authority city of Ramallah was charged Monday by the office of the Central District Attorney with planning to commit a terror attack and reckless endangerment, after he was caught stealing a truck.


Zafran was accused of planning to carry out a ramming attack.

According to the indictment, Zafran illegally entered Israel from the Palestinian Authority territories on October 19 in order to carry out a vehicle terror attack against Israeli soldiers who were waiting at a bus stop outside a military base in the central region.

In order to accomplish this, Zafran broke into a truck parked outside a local business and began to drive away, towards the base.

Upon hearing the ignition of the truck, an employee at the business ran outside to try and stop Zafran, who in turn attempted to run down the employee.

The employee alerted the police, who began to chase Zafran. The terrorist hit a police car and several other cars as well.

Zafran, who does not have a driver’s license, eventually came to a stop as a result of poor skills in operating the truck. He was then apprehended by police. 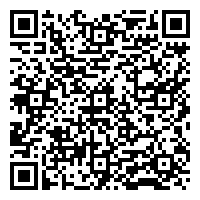