An international commitment to a failed model of diplomacy, coupled with loopholes in the Joint Comprehensive Plan of Action (JCPOA) international nuclear deal with Iran could create a fertile breeding ground for the Islamic Republic to collaborate with North Korea and achieve nuclear capability without technically violating the 2015 agreement, a panel of experts said Monday.

“There are more differences between North Korea and Iran than there are similarities, but both countries are determined nuclear proliferaters,” Dr. Emily B. Landau, head of the Arms Control Program at the Institute for National Security Studies at Tel Aviv University told a conference entitled No Good Options on North Korea, Regional and Global Implications from an Israeli Perspective.

Landau said the international community should recognize that 25 years of diplomacy as the “strategy of choice” vis-à-vis North Korea did not prevent Pyongyang from achieving nuclear capability, and there is no reason to expect the same model will work with respect to Iran.

“The international community must understand the limits of diplomacy if there is any hope to derail Iran’s nuclear program,” Landau said.

The panel, hosted by the Jerusalem-based Israel-Asia Center at the Tel Aviv Stock Exchange, also featured researcher Dr. Alon Levkowitz of the Begin Sadat Center for Strategic Studies and an expert on the history and politics of the Korean Peninsula at Bar-Ilan University and Dr. Daniel A. Pinkston, a lecturer in international relations at Troy University and a former Northeast Asia Deputy Project Director at the International Crisis Group in Seoul.

Levkowitz has noted that North Korea’s history of collaborating with Israel’s enemies stretches back at least 50 years, when the country sent soldiers to fight with Arab armies against Israel during both the Six Day War in 1967 and the Yom Kippur War six years later.

On Monday he said Israel’s “biggest fear” would be for Pyongyang to offer to develop nuclear weapons on behalf of Iran, thus allowing the Islamic Republic to become a nuclear state without violating the terms of the nuclear agreement signed with the P5+1. But Levkowitz added it would not be the only way for North Korea could pose a threat to Israel.

“North Korea is selling missiles to Syria, for example, selling light ammunition to just about every terrorist group in the region,” Levkowitz said. “In the old days they sold [weapons] to Egypt. So it is a huge matter of concern for Israel – Israel needs the U.S. to intercept the shipments on the way to the Middle East, or if they don’t manage to do that, we have to bombard them.”

Levkowitz has also written extensively about North Korea’s involvement in constructing Syria’s nuclear reactor, which Israel destroyed in 2007, four years before the start of the civil war there.

Russia, he said, is far less influential in Asia than China, and added that Israel’s ability to act in the Far East is limited by American foreign policy concerns.

“Our leverage is not that big,” Levkowitz said. In the 1990s we tried to make a deal with North Korea, but there was a disagreement between the foreign office (ministry) and the Mossad [about whether we could trust the North Koreans to respect the terms of a deal]. But the Americans said ‘go away,’ this is our region. This is our meeting. You know I wish we were able to convince Beijing or put pressure on Pyongyang. But it doesn’t work. I wish it did.”

Landau warned that the history of Western talks with successive North Korean administrations doesn’t bode well for the attempts to use diplomacy vis-à-vis Iran. She praised U.S. President Donald Trump for changing the tone of American diplomacy after what she called former U.S. President Barack Obama’s policy of “strategic patience” but added that effecting change to a deeply flawed deal would require cooperation on the part of the other members to the agreement – something that does not appear to be in the offing.

“Look, there are some positive signs,” she said. “A year ago, supporters of the deal wouldn’t even admit the agreement wasn’t perfect. Now, at least they are saying ‘it may not be perfect, but…

“But 25 years of diplomacy failed. North Korea is a nuclear state now. As far as Iran is concerned it isn’t too late. There are things that can be done now. But the international community has got to realize the threat here. Right now, I don’t see it,” she said. 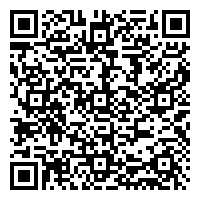