Moshe Feiglin appears to be on the way out of the Knesset according to early returns of last night’s Likud’s primaries.

Assuming that the Likud will not win more than 25 seats in the next Knesset, the highest number any polls show, his place on the list of Likud candidates will be farther down the list.


His loss will be the Jewish Home party’s gain because it will gain most of the votes of those who would have voted for Likud in the March elections if Feiglin had a reasonable chance to be re-elected.

Feiglin surprised Likud leaders with a strong showing the last elections in 2012 and won the 15th spot and making him a certain Knesset Member for the first time.

This time around, he made deals with Likud leaders to ensure his position, but they turned around and left him holding an empty bag. With more than 40 percent of the results counted, Feiglin did not make the top 15, and even if the final votes give him a spot within the top 25, he will bumped because the party reserves several places for regional and sectoral candidates.

This morning, I feel an obligation to deeply express my heartfelt appreciation to activists, volunteers and contributors who worked on my behalf and for the ideal I am privileged to lead – with exceptional self-sacrifice.

I promise that despite the shadow that darken the purity of the elections – and the results will be what they are – I do not take me eyes off the objective for a moment, and we continue…faithful leadership for the country.

Feiglin’s faction in the Likud is called “Jewish leadership.”

A sign of Feiglin’s fate can be seen from his statement after he won the elections last time around, when he declared, “This is just the beginning. We will build the temple on the Temple Mount and fulfill our purpose in this land.”

That is too honest, too idealistic and too close to the goal of what almost every Jew says , if not three times a day in prayer for the rebuilding of the Holy Temple, at least once a year at the Passover Seder, “Next Year in [Rebuilt} Jerusalem,” meaning the Third Temple.

That kind of faith is too scary and not “practical” enough for politicians, especially those in the rough-and-tough Likud.

Feiglin’s strategy has been, in his words, ”to return the Likud to its true values.”

He signed up thousands of people to sign up with the Likud and vote for him n the primaries even if they vote for the Jewish Home party in the general elections.

Prime Minister Binyamin Netanyahu successful used all kinds of deals and tricks to keep Feiglin out of the Knesset until the last elections. Once was enough for him, and the bigwigs wheeled and dealed him out.

That is what happens when an intellectually honest person tries to succeed in politics. 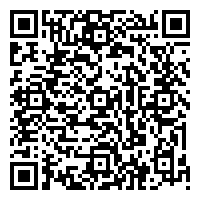