Jenin, like other cities, is under control by the Palestinian Authority, which is committed by the Oslo Accords, to weed out terrorists.

The problem is that the Oslo Accords exists on paper buried in the overflowing trash pile of the U.S. State Dept. which still talks about the “peace process” that PA chairman Mahmoud Abbas decimated this week by asking the U.N. Security Council to scrap the last remnants of the Oslo Accords and removing all possibility of negotiations with Israel by voting on a resolution to unilaterally define the borders of Israel.

The resolution failed, the terrorists run free in Judea and Samaria and the IDF keeps Israel – and Abbas – safe from terrorists. 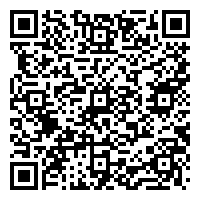