Actress Debbie Reynolds (Singin’ in the Rain) died Wednesday in Los Angeles, just one day after the death of her daughter, Carrie Fisher. In fact, Reynolds, 84, had a stroke while working with her son, Todd Fisher, on funeral plans for Carrie. Reynolds was rushed to Cedars-Sinai Medical Center around 1 PM and later died.

Reynolds’ other memorable film was Mother, a 1996 comedy-drama directed by Albert Brooks, where she played the title role with Brooks as her son.


Reynolds’ first marriage was to Jewish singer Eddie Fisher in 1955. She gave birth to Carrie and Todd Fisher, then divorced her husband in 1959 when Fisher had an affair with Elizabeth Taylor, whom Reynolds was sure was her good friend at the time. The Eddie Fisher-Elizabeth Taylor affair was a major Hollywood scandal, and cost Eddie Fisher his TV show. Reynolds told Oprah Winfrey in 2011, just before Elizabeth Taylor’s death, that she and Taylor made up eventually, on the Queen Elizabeth, sometime in the late 1960s or early 1970s. As Reynolds put it, “We had a wonderful evening with a lot of laughs.”

Carrie Fisher’s account of her painful relationship with her mother, including the addiction and mental illness they both endured, became her book and her script for the 1990 film Postcards from the Edge, with Meryl Streep as Carrie and Shirley MacLaine as Debbie.

Carrie Fisher wrote a year ago: “How freakishly beautiful is my 83 yr-old alleged mother? She must drink bats blood & smear bugs brains on her skin.” 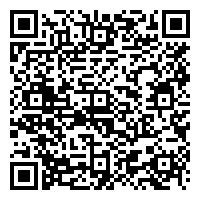