It was a daunting, dismal weekend for Israel’s south, particularly for Israelis living in communities bordering the Hamas-controlled Gaza Strip. Along with the rain, more than 100 Gaza rockets struck the south, wounding four Israelis and sending countless others into shock and trauma, while damaging homes, businesses and vehicles.

“I stood in my family’s bomb shelter on our kibbutz today during a siren warning and watched these two people try to run to shelter just as a rocket landed nearby,” said Shir Hermesh, a student at Sapir College who lives on a western Negev kibbutz. “They didn’t take cover in time and were wounded by rocket shrapnel.”

More than fifty-five rockets landed in or around residential communities located in the northwestern part of the Negev, including the Eshkol Regional Council, Sha’ar HaNegev Regional Council and Sderot. Eshkol, made up of 13, 500 people living in 32 communities, has been one of the hardest hit areas of the region, suffering power outages on late Sunday afternoon when a rocket struck a power line.

“Each of the 32 communities within the Eshkol region has an emergency team which includes a social worker that is ready to respond to any situation— be it a rocket hit or someone suffering from shock. The emergency teams also address residents’ concerns and make sure that the security instructions from the IDF and the council are carried out. We have daily meetings updating one another on what is taking place,” Levy told Tazpit News Agency.

One of the most important priorities of the Eshkol Regional Council is ensuring the safety of children during rocket escalations. Because Palestinian terrorists time their rocket fire during the early morning hours to strike Israeli schoolchildren traveling on open roads to school, the decision to keep school open or closed in the southern district of Israel is critical.

“Today we have been forced to cancel school due to the Sunday morning rockets,” explains Ronit Minaker, the spokeswoman for the Eshkol Regional Council. “Although the high school is newly built and completely sheltered from rocket attacks, our concern is transportation safety—the kids are most vulnerable on the open roads and the rockets can strike anywhere,” Minaker explains.

“We can’t risk the chance of a rocket striking a school bus or bus stop with children in the vicinity.”

The Eshkol Regional High School was built in 2009, right after Operation Cast Lead, when more than 500 rockets were fired at Israel within a three-week period. The school’s concrete walls are 40 centimeters thick and the glass windows are shatter-proof, which allows the school’s 900 students to learn even during warning sirens and rocket fire.

Surprisingly, one of the quieter areas in Eshkol today was the resilience center, which is part of the social and welfare services branch of the Eshkol Regional Council. The Eshkol Resilience Center provides first-hand trauma treatment to shock victims and continuing therapy treatments thereafter. Every resident of the Eshkol Regional Council has a right to mental health treatment in light of the security situation. The center also offers community resilience treatments against anxiety and trauma resulting from rocket attacks.

“Today, it is quiet, because most of the patients have cancelled appointments due to the rocket fire,” explains Tamar Orbach-Avni, the director of the social and welfare services. “Many of our patients who are parents have to remain home with their kids. That means they have also missed work.”

“This is a violent disruption in daily routine. The fact that the kids aren’t attending school today is not a ‘fun day’ for anyone. It means that both the kids and their parents are home, trying to deal with all the stress and fear that accumulates during a rocket escalation,” said Orbach-Avni. 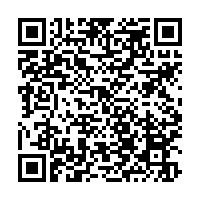