A recent poll commissioned and released by the Los Angeles Jewish Journal was the source of dismay to many. That poll allegedly found that American Jews supported the Iran deal negotiated by America and the other members of the P5+1 and Iran more so than do non-Jewish Americans.

But the poll itself, and especially the wording of the questions and the methodology employed, has been widely criticized.

For one thing, the sample size was small, which led to a high margin of error of six percent.

But more importantly, the wording of the key question was loaded in such a way that at least two well respected academic statisticians, concluded it was “flawed to an extent that the conclusions the pollsters drew from it are not bolstered by the evidence,” and that one “cannot conclude anything from that poll, in either direction.”

This is the key question in the Jewish Journal poll: “As you may know, an agreement was reached in which the United States and other countries would lift major economic sanctions against Iran, in exchange for Iran restricting its nuclear program in a way that makes it harder for it to produce nuclear weapons. Do you support or oppose this agreement, or don’t know enough to say?”

Well, heck. If all you know about the Iran deal is that it will make it harder for Iran to produce nuclear weapons, and none of the flaws in the deal are mentioned, most people would be inclined to support such a deal.

It gets worse, as you can see by looking at the “script” for the poll, which is available online. The question suggests the respondent can choose “I don’t know enough to have an opinion.”  But those conducting the poll were instructed not to offer that answer, and only ask the respondents if they support or oppose the statement.

Two other professionals, one the long-time head of a major American Jewish organization and former statistician and the other a historian, were also critical of the Jewish Journal poll.

Mort Klein, before becoming the president of the Zionist Organization of America in 1993, was a statistician and an economist. Klein, who asked Professors Krieger and Pollak to respond with him to the Jewish Journal poll, criticized the poll with a flourish eschewed by the academics.

“This poll is a fraud, is illegitimate and even deceitful,” Klein told the JewishPress.com. He, like the academic statisticians, focused heavily on the way the significant question, reproduced above, was phrased. Klein explained that the type of phraseology is called a “push poll.” It provided certain information that may or may not be true, but which would influence the respondent.

Klein pointed out that the key question asked should simply have been “do you support or oppose the iran nuclear arms deal.” As asked, “the poll’s introductory characterization politically biases the poll question to push people to support it.”

Another problem with the poll is that households in which a Jew was married to a non-Jew was twice as likely to be interviewed, according to Krieger and Klein.

Rafael Medoff, an historian, author and the founding director of the Wyman Institute for Holocaust Studies, focused on several important, but non-statistical flaws in the poll.

Writing in the Jerusalem Post, Medoff pointed out that the timing of the poll, which began on July 16, was immediately after the deal was announced, which was prior to any in-depth analysis critical of the deal had been disseminated. As Professor Krieger also mentioned regarding the timing, the five days of polling included a Shabbat, when observant Jews would not have answered the phones at all. 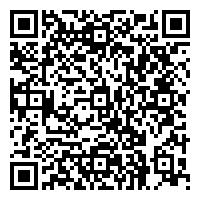