The prime minister of Denmark laid flowers on Sunday, Feb. 15, at the site where the day before a Jewish man was shot in the head and killed while volunteering as a security guard outside of a synagogue in Copenhagen, Denmark.

Was the murder of Dan Uzan, the son of an Israeli father, an act in which the Danish government was indirectly complicit?


When Danish Prime Minister Helle Thorning-Schmidt laid the wreath outside of the synagogue, she offered her condolences to the slain man’s family and to the whole Jewish community. She said she and her entire country were devastated by Uzan’s murder, and by all that happened in Copenhagen on Feb. 14.

“A man has lost his life in a service of that synagogue and we are devastated,” Thorning-Schmidt said, speaking to Jewish Danes.

On Sunday evening, Thorning-Schmidt spoke with Israeli Prime Minister Binyamin Netanyahu. She provided him with the details of the weekend’s terrorist attacks. During the conversation, Netanyahu told his Danish counterpart that Israel and Denmark must together fight the current terrorism, one that knows no borders.

Netanyahu also told Thoring-Schmidt that “countries which do not fight terrorism today will deal with much worse terrorism tomorrow.”

But other than when a Jew is killed – in a spectacular way – on its soil, does Denmark show support for its Jewish community or the Jewish people? Or does its action actually contribute to the demonization of the Jewish State and of Jews?

This past September, Denmark’s Foreign Minister Martin Lidegaard threatened Israel. He said that if the then ongoing ‘peace’ negotiations between Israel and the PA did not resolve according to his lights, punitive action would have to be considered.

Lidegaard warned that if Israel failed to commit to serious concessions, such as ending the blockade of Gaza or stopping “illegal settlements,” then Denmark and the European Union would need to consider taking punitive steps. The threats he mentioned included changing trade relations with the Jewish state, Herb Keinon of the Jerusalem Post reported at the time.

Denmark has been financially supporting anti-Israel organizations to the tune of many millions of dollars a year, for many years running.

According to the exhaustive data collection and analysis provided by organizational watchdog NGO-Monitor, in recent years the Danes have contributed tens of million of dollars for Israeli and Palestinian Arab organizations. Many of those organizations engage in economic and legal warfare against Israel known as the boycott, divestment, and sanctions (BDS) campaigns. The BDS movement, along with demonizing Israel, also engages in acts of blatant, hostile anti-Semitism.

Lidegaard’s Ministry of Foreign Affairs directly funds anti-Israel organizations. In 2011 alone, the Danes contributed over $1.1 million directly to Israeli organizations which actively demonize and seek to harm the Jewish State.

Gerald Steinberg, the president of NGO-Monitor, told The Jewish Press, the “Danish government is among the leaders in funding for anti-Israel NGO demonization in Europe, irresponsibly providing large sums via a number of mechanisms.”

Steinberg explained that the Danes support the so-called Human Rights and International Humanitarian Law Secretariat, which is managed by Birzeit University. That entity in turn funds groups such as Adalah, Breaking the Silence, and Al Haq. These and a number of other recipient NGOs promote false “war crimes” allegations and blood libels against the Jewish state. Another recipient of Danish largesse – Badil – uses the money to perpetuate the Palestinian refugee demands and anti-Semitic themes. 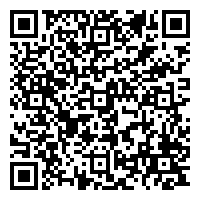