A unique, 2,700-year-old Papyrus which mentions the Hebrew word “Yerushalma” (possibly meaning “to Jerusalem”) will be revealed next week at a conference on Innovations in the Archaeology of Jerusalem and Its Environs, at the Rabin Jewish Studies Building on the Mount Scopus Campus of the Hebrew University, Makor Rishon reported. Researchers say the papyrus may be the earliest evidence in Hebrew of the connection between the city of Jerusalem and the period of the Kings of Israel.

The papyrus is a document written on paper made from the pith of the papyrus plant, cyperus papyrus. Such documents were written on sheets of papyrus, joined together side by side and rolled up into a scroll, in an early form of a book. In a dry climate, like that of Egypt or the Judaean desert, the papyrus pages are stable, since they are made of highly rot-resistant cellulose; but storage in humid conditions can result in molds attacking and destroying the material.


To date, the only other archaeological find that mentions Jerusalem in Hebrew were carvings on a cave wall at the Beit Loya ruin near Amatzia in southern Judea (west of the green line). The cave, which has been dubbed the “Jerusalem Cave” was excavated in 1970, and the writing on the wall says, “The whole land and the Judaean mountains are His, the God of Yerushalaim.” Prof. Shmuel Achituv, a scholar of the history of the people of Israel in the ancient East, deciphered that text and has now also deciphered the papyrus with the word “Yerushalma.” He will lecture on his discovery at next week’s lecture.

According to Achituv, to date the name “Yerushalaim” has been discovered in archaeological finds in languages other than Hebrew, such as in the El-Amarna letters, written in cuneiform, which were sent by the kings of Canaan to the Pharaoh in the 14th century BCE. There is also an Assyrian documentation of the siege laid by King Sennacherib on Jerusalem during the reign of King Hezekiah in 701 BCE.

The Hebrew papyrus was discovered recently in the Judaean desert and purchased from an antique dealer. It was examined by the Israel Antiquities Authority’s labs, and carbon dated. The results showed with certainty that the papyrus dates back to the 8th century BCE, near the end of the Kingdom of Judea, a short while before the destruction of the First Temple. 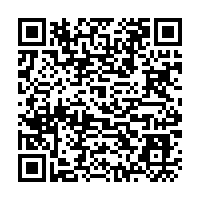