YouTube’s biggest star by far, Swedish national Felix Kjellberg, a.k.a. PewDiePie, who boasts 53 million subscribers, is out of his multimillion-dollar job. Kjellberg was dropped by Disney subsidiary Maker Studios, following a Wall Street Journal revelation of his January 11 video showing a clip of two half-naked African men rolling out a sign saying “Death to all Jews.”

According to the WSJ, Kjellberg paid the two men to hold up the sign. The crude joke was almost par for course for the PewDiePie show, who gained his unprecedented online popularity by showing clips of himself playing video games and telling crude jokes. Kjellberg apparently enjoyed editorial independence according to his contract – so it’s likely that no one had told him he couldn’t do vile, anti-Semitic sketches about mass murdering an entire nation. On Monday, they finally did tell him. A Maker Studios spokeswoman said in a statement that “although Felix has created a following by being provocative and irreverent, he clearly went too far in this case and the resulting videos are inappropriate.”


According to the WSJ, something has been wrong with the seemingly playful and cheerful self-made star, starting last August. Since then PewDiePie has posted nine videos featuring anti-Semitic jokes and Nazi imagery, including news reels of Adolf Hitler.

On Monday, the WSJ asked Disney about those videos, and the company reacted swiftly by firing Kjellberg. The star, for his part, defended himself by saying it wasn’t as if he himself had called on his viewers to recite the offensive message along with him, it wasn’t serious, in other words. Now he knows better. 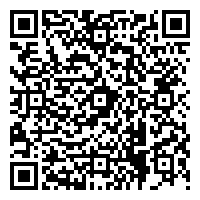