Defense Minister Avigdor Liberman said today in private talks closed to the media during a tour of Bedouin communities in southern Israel that the bodies of two dead IDF soldiers held by the Hamas terrorist organization in Gaza will not be returned, Israel’s Channel 10 television news reported Monday night.

Liberman said he opposes any form of dialogue with Hamas that would comprise a “deal” with the terrorist organization similar to that which freed former IDF soldier Gilad Shalit, held hostage in Gaza by the group for more than five years.


Israel was forced to free more than a thousand Palestinian Authority terrorist prisoners in order to retrieve Shalit, including hundreds of murderers with the blood of numerous Jews on their hands.

IDF soldiers Oron Shaul and Hadar Goldin were killed during Operation Protective Edge in the summer of 2014, and both of their bodies were stolen during the conflict by Hamas. Their bodies have since been held hostage by the terrorist group in Gaza.

Following the broadcast of those remarks, the Ministry of Defense clarified Liberman’s statement in a separate release.

In response to the Channel 10 report, the ministry underlined in a statement: “Defense Minister Avigdor Liberman did not refer today or in recent days to the issue of returning the bodies of IDF soldiers Shaul or Goldin.

“The minister opposed, and has always opposed, any deal-making whatsoever for captives held by terrorists, up to today.

“One might remember that Minister Liberman also voted against the negotiations over former IDF soldier Gilad Shalit (for his eventual release from captivity).

“[Minister Liberman] held the opinion at that time that it is wrong to allow anyone to believe that terrorism pays.” 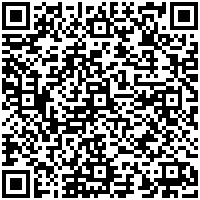