IDF radio reported on Tuesday evening that Israel requested information from Hamas about the bodies of IDF soldiers, Lt. Hadar Goldin and Staff Sgt. Oron Shaul, who were killed in action in Gaza during Operation Protective Edge. Hamas stole their dead bodies.

Israel also raised the subject of an exchange with Hamas, to return the bodies back to Israel for proper burial.

Hamas rejected the Israeli request, adding they won’t even supply information at this time.

A senior Hamas spokesman said, “Israel is used to getting things for free, and Israel needs to learn that we won’t work that way.”

In the Gilad Schalit deal, Hamas valued the life of 1 kidnapped IDF soldier as being equivalent to the lives of 1027 Arab terrorists.

Hamas obviously feels that 1 Israeli soldier is worth far more than 1027 Arab terrorists, which is why they believe Gilad Schalit was released for free.

We can’t argue with their valuations. 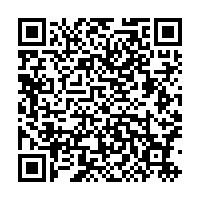