The Netherlands’ third largest pension fund, ABP, rejected on Thursday demands from the Boycott Israel movement to disinvest from three Israeli banks that allegedly finance an Israeli presence in Judea and Samaria..

The anti-Israel Avaas organization, along with South African Archbishop Desmond Tutu had pleased with ABP to sell off shares worth more than $75 million in Bank HaPoalim, Bank Leumi and Bank Mizrachi.


ABP decided to follow the example set by another Dutch pension fund, PGGM, in January when it sold off investments in five Israeli banks.

The board of ABP, which is the pension fund for Dutch public workers, said that its investment policy bars holding shares in companies that violate the U.N. Global Compact, AFP reported. The fund’s spokeswoman pointed out that the United Nations, despite its opposition to Israel’s including Judea and Samaria as part of the country, has not declared that the banks are breaking international laws.

The Boycott Israel movement, often terms BDS for Boycott, Disinvestment and Sanctions, has caused some damage to Israel and is a long-term threat, even a strategic threat, but its effect is exaggerated by isolated “victories.”

Selling off shares in banks and companies such Caterpillar, which sells equipment to the IDF, has had a marginal effect in depressing the price on the stock market.

BDS’s “successes” often get more attention than they deserve, and one of the reasons is the inherent bias against Israel in certain media.

The New York Times ran an article on Thursday under the headline “With Gaza War, Movement to Boycott Israel Gains Momentum in Europe.”

The “momentum” referred to a British grocery store’s removing kosher products from its shelves, a London theater’s decision to boycott film funded by the Israeli government, and a plug for Britain’s national embarrassment, known as Member of Parliament George Galloway, who declared that one city in England will be an “Israel-free zone.”

Anti-Israel activists undoubtedly used the war in Gaza to fuel some local boycotts, but the exposure of Hamas for what it is – a regime of war criminals – has mooted the anti-Israel sentiment to some effect.

The anti-Israel spin on the war convinced some governments to reconsider their sales of weapons to Israel, but the long-lasting effect is questionable, especially in light of the chaos among ISIS and fellow Islamic radicals in Syria and Iraq.

After quoting several experts on the threat of a large-scale boycott of Israel, the Times admitted that “the economic impact has been small” and that “the European Union, which has been looked to for leadership on the issue, does not support the idea.”

The most harmful damage so far has been Judea and Samaria, whose products my not bear the stamp “made in Israel” in some countries. 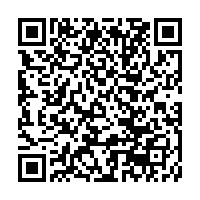