Al Qaeda, ISIS, Syrian rebels, and soldiers loyal to Syrian President Bassar al-Assad are engaged in free-for-all and barbaric war that is taking place dangerously close to the Golan Heights border with Israel.

The Syrian government announced Sunday that it has reclaimed control only parts of Kuneitra, on the Syrian side of the Golan Heights.


Prime Minister Binyamin Netanyahu has jumped on the chaos to thump his comparison of ISIS with Hamas, while President Barack Obama shocked Americans with a candid appraisal that the United States “does not have a strategy yet” to deal with the New Middle East, light years away from what then-President Bill Clinton promised when he sold the snake oil known as the Oslo Accords.

The radical Islamic movement has proven that extremism and barbarity are relevant terms, and the ISIS has made Assad look human, more or less, and made Al Qaeda look like middle-of-the-road Islam.

The Syrian government has not admitted the ISIS massacre of approximately 150 of its soldiers, who dropped their weapons and ran for what they thought was their lives in a battle. Instead, the ISIS caught up with them and murdered them. Before their deaths, several of them were “convicted” after their admissions of sins against Islam by not having raped and murdered enemies.

Naughty, naughty radical Muslims, they were.

It is difficult to express ”good news” when beheadings and kidnappings are common are Syria, but Obama’s “we do not have a strategy yet” comment on Thursday should be interpreted positively and not negatively.

It is a bit shocking that the Obama administration’s foreign policy gurus have been standing aside for more than three years during the bloodbath in Syria, after initially siding with Assad.

However, considering that everything his administration touches turns to you know what, Israel and the rest of the world might be better off to the let animals act like animals, pity the innocent civilians who are caught in hell on earth, and let the United States worry about Ferguson and immigrants from Mexico.

Israel also is undoubtedly anxiously preparing for a potential future battle against ISIS or Al Qaeda domination on the Golan Heights.

ISIS, Al Qaeda and Syrian rebels have common enemies in Basher Assad and Israel, but they also are battling each other in order to stake a claim of which terrorists will rule whatever is left of Syria in the future.

The Al-Nusra terrorists long ago split off from Al Qaeda, engaged in its own civil war while fighting both rebels and Assad.

It is all in the name of Allah.

“We in the Al Nusra Front only fight to raise the word of Allah, to make the oppressed triumphant,” one fighter said, according to Fox News. “We only fight to get rid of the enemy Bashar and his soldiers. We have come to fight them so that we can impose Allah’s laws on the country.”

Al Qaeda distances itself from ISIS and announced that ISIS “is not a branch of the Al Qaeda group [and] does not have an organizational relationship with it and is not the group responsible for their actions.” 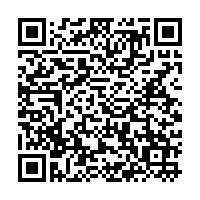