The Hamas-Egypt feud deepened on Saturday with a raid by the terrorist party of an Egyptian cultural center in Gaza, where several people were detained and computers and documents were confiscated.

“The foreign ministry strongly condemns and denounces this irresponsible act and demands their release,” it said in a statement. A spokesman for Hamas told the French-based AFP news agency that no one has been arrested, but in Gaza, like Egypt and most other Muslim Arab countries, there is not always a fine distinction between “detention” and “arrest.”


The Bethlehem-based Ma’an News Agency reported that the principal man arrested was Adel Abdel Rahman El-Kahlout, head of Gaza’s Egyptian cultural center, but Hamas rejected the idea that he represents Egyptians in Gaza. He reportedly supports Egypt’s military regime commander, General Abdel Fattah al-Sisi, who is leading the battle to suppress the opposition of the Muslim Brotherhood organization that is allied with Hamas. 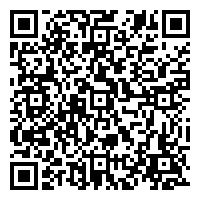