Many terrorist groups broadcast radical Islamist sermons via the Internet and satellite television as well as social networking sites in order to recruit new members to their jihadist cause. At least one produces a full-fledged Internet magazine.


Egyptian military and police forces have been focusing their efforts on eliminating terror bases and training camps embedded in the Sinai Peninsula over the past several years.

Sisi also told the clerics at al-Azhar and the Awqaf Ministry it is important to renew “religious discourse” and spread moderate teachings of Islam, and urged Muslims to “follow the prophet.”

The Egyptian leader offered his greetings Muslims and Christians on the occasion of the birthday of the prophet Muhammed, founder of Islam, and on the New Year.

He praised efforts by the country’s armed forces and the police to provide security and defend the nation. Sisi underlined in particular the importance of fighting terrorism, which he pointed out “tarnishes the image” of the greater Islamic nation in the world.

The Egyptian leader made the statements during the Awqaf Ministry’s celebrations of the anniversary of the birthday of the prophet Muhammed, the founder of Islam. The Awqaf is the ministry of religious endowments; in Israel it is known as the “Waqf.” The Cairo-based Al-Azhar, founded in 970 CE, is known as the primary global center of Islamic and Arabic learning. 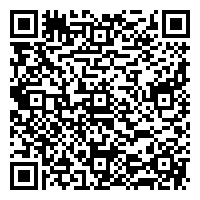