Yehuda Yifrach, Courts Editor for Makor Rishon, on Friday listed the eight most important and least known facts about the Amona case. If you haven’t read a rightwing Jewish publication in the last month, Amona is a community of some 40 Jewish families in Samaria, slated by the Supreme Court for demolition on Dec. 25. You can read some background material here.

1. Jordan had no right to parcel out lands
When the Amona case first reached the Supreme Court, a representative of the land registrar for the IDF Coordinator of Government Activities in the Territories (COGAT) argued that despite the fact that the location was a bald and abandoned mountaintop, there existed documented parcels of land which had been registered by the Jordanian government as belonging to area sheiks and clans. However, as an invading and occupying power, Jordan had no right to award these lands. Jordan’s rule over the “West Bank” was not recognized by the vast majority of UN member states save for the UK and Pakistan, and so this local Arab “ownership” is based on a lie.


2. Only 0.5% of the Amona land is registered to private Arab owners
After the Supreme Court had ruled in their favor, anti-Israeli NGO Yesh Din, which has been at the forefront of the Lawfare attacks on the Jewish State, decided to sue for damages over the years of denied use of the parcels in question. The problem is that while the Supreme Court does not entertain evidence, lower courts do, and in Jerusalem Magistrate Court it was discovered that out of the nine Arab petitioners, seven own land that is entirely outside the Amona perimeter, and have had no problem working their land had they been so inclined. The remaining two owned only a sliver – about half an acre altogether, out of the 125 acres of the Amona territory – less than .5%. The remaining land is registered to names of non-existent people who do not appear in the 1967 census.

3. COGAT didn’t differentiate between the parcels with known and unknown ownership
Despite the above facts, the COGAT prosecution related to the parcels whose owners are unknown as being privately owned, declaring that some 15 acres in the southern part of the settlement belonged to real private owners. They then told the court that, in fact, there was no difference between the various parts of the community and that the half-acre that became 15 acres was, in effect, indistinguishable from the rest, and the entire community had to come down.

4. The Settlement Arrangements Act does not violate international law
Regarding the Settlement Arrangements Act, which the left, as well as senior Netanyahu cabinet officials, are saying violates international law, former Tel Aviv University president and international law expert Prof. Yoram Dinstein has argued that “when an occupier appropriates the power to legislate in an occupied territory, said power belongs to the occupying state and not to one of its organs (COGAT).” In a recent article, Prof. Dinstein has shown how international law is entirely indifferent regarding the particular mechanics of legislation in an occupied zone, be it the local general or be it the government that posted said general in said zone.

5. International law compels Israel to care for the rights of Jewish and Arab resident
Another popular argument against the Settlement Arrangements Act is that it violates international law because it sanctions the impounding of Arab owned land for the sake of a Jewish community. However, it has been noted that international law compels the occupier to care for the needs of all the civilians under its rule, Jews and Arabs alike, and the right of a government to expropriate private property for public use, with proper payment of compensation (eminent domain) is inherent in exerting such care.

6. The Settlement Arrangements Act is consistent with the pre-67 law in Judea and Samaria
This one is quite interesting.
Unbeknownst to many, the Settlement Arrangements Act is consistent with the legal systems that were in use in Judea and Samaria before 1967. Both Ottoman law and Jordanian law determine that in a case where a man built and planted in good faith land belonging to another, should the value of the construction exceed the value of the land, the land owner is compelled to receive compensation.

8. The Settlement Arrangements Act is not unconstitutional
Finally, the most crucial argument against the Settlement Arrangements Act is that it is unconstitutional – the constitution in this case being Israel’s Basic Laws. Setting aside the paradox whereby one Knesset law is inapplicable in the territories while the same Knesset’s basic laws are applicable – does Israel’s basic law really dictate that 40 families with their 200 children who have lived in Amona for 20 years be evicted to satisfy the alleged rights of two claimants who own less than .5% of the land and have never lived there? Has the court become so immoral as to be the enemy of its constituents without any foundation? 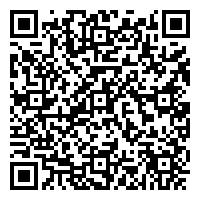