It seems President-elect Donald Trump has fans outside the United States, liberal demonizing notwithstanding, and even Israel’s security measures are perhaps not so outlandish after all.

Construction workers began placing the first blocks of a security wall this week around the Ain al-Hilweh “refugee camp” in Lebanon.


Ain al-Hilweh, home to thousands of Arabs and their descendants from Judea and Samaria who fled during and after the 1948 and 1967 wars with Israel, is located southeast of the port city of Sidon.

The wall, to include four observation posts, was planned together with all of the factions within the community. Nevertheless, residents of the community were outraged as the first blocks went up, expressing their frustration online via social media and dubbing the project a “wall of shame.”

Construction of the wall forms part of an agreement between the camp factions and the Lebanese authorities; it’s designed to contain recent conflicts between those inside the camp and the Lebanese military, according to the UK-based Al Araby news outlet.

Hamas official Abu Ahmad Faysal, of Ain al-Hilweh, told the Lebanon Daily Star earlier this month the wall is intended to “decrease the confrontation between the inhabitants and the army.”

The target date for completion of the construction is 15 months away, according to the Lebanese al-Modon news site. 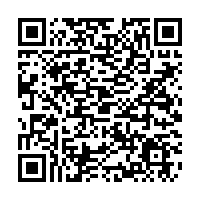