(JNi.media) An Italian strike, also known among Leninist scholars as Work-to-rule, is an industrial action in which employees do no more than the minimum required by the rules of their contract, and precisely follow safety or other regulations in order to cause a slowdown, rather than to serve their purposes. In Italy, this action is known as “sciopero bianco,” or white strike. In Israel, one such strike this week has caused a wave of irritation and rage, whose outcome is not yet clear, in an estimated 200,000 households.

IEC CEO Ofer Bloch apologized on Tuesday morning in a special session of the Knesset State Control Committee, to hundreds of thousands of Electric Company customers who lost their service during a storm Sunday, and were left in the dark for between one and two days. As of Tuesday morning in Israel, there are still at least 8,000 households without service.


“As a service provider of an essential service, we apologize are making every effort to restore power as quickly as possible,” Bloch told the committee, explaining that with the onset of the storm some 200,000 customers had been cut off. “This is an unprecedented event in the history of the country,” he argued. “In the last 48 hours, I’ve been going around and meeting with workers and hearing from them that none of them remember a situation like this where huge trees fell and lay on power lines and electricity was cut off to entire communities. 340 power lines collapsing, it is a fantastic figure.”

Be that as it may, and IEC employee memory notwithstanding, at 7 PM Monday, many hours after those 200,000 households had lost power in historic proportions, the IEC management appealed to the Haifa District Labor Court with a complaint that their workers’ committee was sabotaging the functioning of the company in a time of crisis, and asked the President of the Tribunal, Judge Alex Kogan, to order heads of the committee to stop doing that, according to Ha’aretz.

The descriptions management offered to the labor court reflected a level of disruption that caused management’s complete loss of control over the situation, even after it declared a state of emergency.

From the same IEC complaint it turns out that the workers’ committee ordered employees—in the emergency headquarters management had set up—to end their shift promptly at 5 PM Sunday and leave the area. In fact, the same report alleged that the emergency headquarters were abandoned as early as 3 PM Sunday, despite the fact that between 150 and 200 thousand households were still cut off and were calling for help.

In addition, the workers’ committee banned moving maintenance staff between trouble spots. Workers in Ashdod, for example, were not allowed to go to Ra’anana to help their colleagues, who were collapsing under the weight of system failures in the Sharon valley—Israel’s multi-million resident bedroom community north of Tel Aviv). In addition, the committee prevented maintenance workers from helping to connect electricity to homes, because this task is outisde their job description.

According to company executives, the committee eliminated the reinforcement of network supervisors, who are required to monitor power lines quickly and effect damage control. And so, with 300 power lines down, only a single supervisor was on duty — working from home, Homer Simpson style.

In addition, the committee instructed employees not to comply with management’s orders regarding a change in shift hours, but to come to work in the morning as usual and finish in the afternoon, like any day — depriving Management of the ability to extend its response and effect repairs through the night. 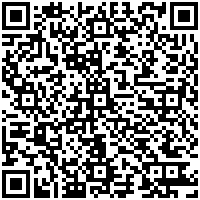