Since this round of rocket attacks began against Israel, the average Israeli citizen has asked a simple and straightforward question, “Why is Israel still supply Gaza with electricity as they fire rockets upon us?”

The situation is quite surreal, especially since Gaza (or the Palestinian Authority) still hasn’t paid its electric bill.


Israelis understand that at some point the Gazan population would quite possibly demand or force Hamas to stop shooting rockets at Israel, if presented with the right combination of non-lethal incentives.

There are reports that PM Netanyahu killed the idea, saying the lawyers won’t permit it.

Well, what Netanyahu isn’t prepared to do, Hamas will do for him.

70,000 Gazans in Khan Younis and Dir Elbalach are now without electricity after a misfired Hamas rocket landed in Kissufim and knocked out the primary electric wires to their area.

It will be an interesting experiment to see who blinks first.

Will Israel fix the high tension overhead power cables or allow Hamas to fix them, or will Hamas be forced to stop firing when the its population begins to revolt after days and perhaps even weeks without electricity?

Update: PM Netanyahu spoke with Israel Electric Company (IEC) head Yiftach Ron-Tal, and told him he should not risk the lives of any electric company employees to fix the power lines.

As a result, the IEC has made a decision to fix the power cables, but not at this moment, as with the rockets flying down, its too dangerous to send workers there. When it is safer, they will go there and fix the problem. 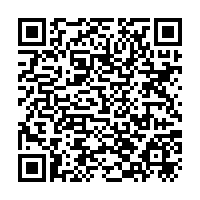