I had planned to put out a post tonight marking the ending of the Shiva for the three murdered boys, and commenting on the mood within our nation. The breaking news tonight makes that discussion seem inappropriate right now. Perhaps in a day or two. For now, I would like to share these thoughts.

There is still a gag order preventing the press from releasing details, but it seems that six young Jews have been arrested on suspicions of kidnapping and murdering 16-year old Muhammad Abu Khdeir last week, in revenge for the murder of our three boys several weeks earlier. Muhammad was murdered several hours after Eyal, Gil-Ad and Naftali were buried.


If this is true, then the killers are Jewish terrorists. There is no other word for it, and they must be treated as such.

And if indeed Muhammad was murdered by Jewish terrorists, that means there are terrorists among us, and this is a stain on all of us. As the Bible teaches in the context of the commandment known as Egla Arufa (Deuteronomy 21:1-9), if someone is murdered near our communities, the entire community bears some of the blame. We must all do some soul-searching to ask how it is that such people can come from our communities. This cannot be allowed to ever happen again.
At the same time, it’s important to remember that although the Jewish terrorists are no different than the Arab terrorists, as a nation we are still very different from our enemies. Let’s compare:

We are not like our enemies. It’s our responsibility to make sure it stays that way.

‘Torture’ Depends on Whether You Are a Suspect or Witness, Says Lawyer 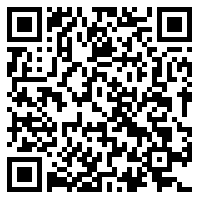