European Union (EU) foreign policy chief Catherine Ashton has announced she will end her term at the end of December this year.

In a speech earlier this week, Ashton — who often has faced a flood of negative press for her actions — appeared to express relief that her time in office at the EU was over at last.

In sharing the news at a meeting of the German Marshall Fund earlier this week, Ashton remarked, “you lay the foundations but there are people who can do things with this that probably I couldn’t do, so it will be good to hand it over.”

Ashton’s place in history will be marked by her founding the anti-Israel European External Action Service (EEAS), a body the Lisbon Treaty allegedly ensures is independent from other institutions. However, it is headed by the European Commission vice president, which calls into question the entity’s autonomous status. 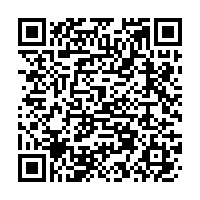