The European Union Court of Justice, so to speak, took Hamas off its list of declared terrorist organizations Wednesday, accepting Hamas’ claims that the court did not have enough evidence to justify the classification.

Hamas’ appeal might boomerang because the European Union can submit more evidence to convince the court to put the terrorist organization back on its rightful place.


In the meantime, Hamas is having a field day celebrating the decision. Senior official Mousa Abu Marzouq said the decision was a “triumph” for all supporters of the right to “resistance” from “colonialism.”

One wonders how much evidence the undistinguished court needs to prove that Hamas is not a group of terrorists, murderers and butchers.

Hamas latched on the a European Union Court decision earlier this year that took a Sri Lankan terrorist group off the of the list of terrorist organizations for the same reasons – lack of evidence. However, it told the European Union it could submit more evidence to prove its case.

The only reason there was not enough proof to keep Hamas on the blacklist is fear – fear of countries to submit classified intelligence files that would be viewed by Hamas and then used by it for its own purposes.

Assuming a better case will be made to the court, it will reverse today’s decision. Until then, Hamas has won another semantic and propaganda victory.

Israel and the United States led an effort in 2003 to place Hamas on the European Union’s list of terrorist organizations, but the court ruled Wednesday that the decision 11 years ago was based on “factual imputations derived from the press and internet” not “sound legal judgment.”

“The Court stresses that those annulments, on fundamental procedural grounds, do not imply any substantive assessment of the question of the classification of Hamas as a terrorist group,” the ruling stated.

Funds for hams that have been frozen will remain untouchable for a period of time during which time more evidence will be submitted to the court. 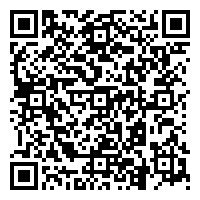