Yesterday, following an illegal attempt by Palestinian Authority Arabs and foreign activists to erect an illegal outpost in Samaria’s Hemdat area, in the northern Jordan Valley, security personnel responded to the site with the intent to implement a standing Supreme Court decision.

At the site, Arabs and foreign activists violently responded, throwing stones and striking Israeli security forces. The security personnel contained the violence with riot dispersal means, seized the tents and detained three Palestinian Authority Arabs who were the main instigators.

Reports that foreign diplomats abused their diplomatic privileges are currently being reviewed and, if required, complaints will be filed with the relevant authorities.

Israeli Foreign Ministry spokesperson, Paul Hirschson, said a formal complaint might be filed with the French over the involvement of French diplomat, Marion Castaing. “If she did participate then a formal complaint will be filed because that is not the way diplomats behave,” he said.

This is what is being shown in the mainstream media: French diplomat Marion Castaing on the floor, with some media outlets questioning about the guns supposedly pointed at her by an Israeli police officer.

But this picture is being shown out of context, and the status of the gun supposedly pointed at her, purposefully misrepresented.

This is what the media fails to show:

The photo used to spread this misinformation was taken as a screenshot from a video with footage clearly showing that Marion Castaing was neither physically dragged to the floor nor had guns pointed at her. Also, the photo clearly shows that the officer is holding his gun by the magazine, nowhere near the rifle’s grip.

Many photos and videos have been manipulated to show Israel in a negative light. This is just another example of the length to which people will go to spread lies as part of the propaganda war against Israel.

Below is the edited “news” report, as reported by Iran’s state controlled TV. 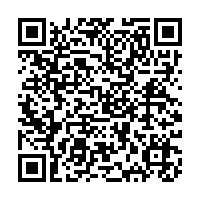