A former Department of Justice director who was behind the decision to bar Kurt Waldheim from entering the United States in 1987 has asked Homeland to Security to keep Palestinian Authority chairman Mahmoud Abbas out of the country under the Immigration and Nationality Act, which bars entry into the U.S. of aliens who incite terrorist activity or endorse or espouse terrorist activity.


“My clients know painfully well the deadly consequences of such incitements and endorsements” as those who radicalized the Fort Hood murderer, Nidal Hasan, Sher wrote.

The attorney reminded Homeland Security that as a Justice Dept. official, he “was responsible for the 1987 decision to bar entry to the U.S. of Kurt Waldheim, then the President of Austria,” based on Waldheim’s assistance or participation in Nazi persecutions.

Congress has determined that some individuals should not be allowed entry into the United States for reasons that can be found in section 212, codified as Title 8 of the U.S. Code, section 1182, which states:

Terrorism-related inadmissibility grounds (TRIG), exclude persons who have participated in various kinds of activity, including activity that is generally illegal and/or violent. The grounds for inadmissibility include, but are not limited to, individuals who:

•Incited terrorist activity with intent to cause serious bodily harm or death;

•Are representatives or current members of a terrorist organization;

Sher detailed evidence that “ranking officials of the PA and Fatah, over whom Abbas has control and for whom he must be held responsible, have engaged in a widespread, deliberate campaign to incite and endorse terrorism.”

Abbas publicly glorified  the perpetrator of the attempted assassination of Yehuda Glick – an American – declaring the perpetrator a ‘martyr’ and in doing so endorsed a clear act of terror….

Abbas publicly urged ‘that Palestinian Arabs’ prevent Jews from entering the Temple Mount ‘by all means necessary,’ an unambiguous call for violence….

A close adviser to Abbas proclaimed on the PA’s official Facebook page that the convicted terrorist who, in October, rammed his car into a light-rail station in Jerusalem, killing a three-month old American infant and wounding several other U.S. citizens and Israelis, “was a ‘martyr’ and worthy of honor….

After additional incidents where vehicles were used as weapons of terror, official PA outlets incited Palestinians to show their anger by ‘running over Israelis.’

Similarly, in a clear-cut example of incitement to and endorsement of terrorism, the PA Facebook page posted ugly depictions of the three Israeli teenagers who were kidnapped and murdered in June of this year. One of the victims was an American. The kidnappers and murdered were praised, honored and glorified, leaving no doubt that their conduct should be emulated.

ZOA president Morton A. Klein stated, “It is time for our country to send the clear  message to Mahmoud Abbas that, under U.S. law, he is not eligible to enter the U.S. when he, his partners and subordinates regularly incite a terror campaign against Jews in Israel.

Klein pointed out several examples, several of which have been noted by  U.S. Secretary of State John Kerry in criticism of Abbas:

Large posters of these terrorists are on display in PA schools, universities and public places, honoring these murderers instead of condemning them.

The PA pays pensions to suicide bombers and Jew-killing terrorists. The greater the number of Jews murdered, the higher the pension.

And rather than distance itself as much as possible from Hamas, Abbas’ PA embraced this U.S.-designated terrorist group, whose charter calls for the murder of Jews and the destruction of Israel.

Kerry last week said the barbaric murders of four Jews praying in a Jerusalem synagogue was ‘an act of pure terror,’ and Klein noted he condemned it as ‘a pure result of incitement, of calls for days of rage.

“The ongoing incitement by Abbas and others surely led to the savage, horrific murders,” Klein said. “Mahmoud Abbas is not a leader who is trying to calm tensions and encourage peace with the Jewish State of Israel.  He is leading a campaign of incitement and terrorism against Jews.  The U.S. should make it clear that based on his irresponsible and unacceptable conduct, which is ongoing and well-documented, he is ineligible under U.S. law to enter our country.” 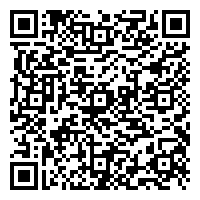