A MIT professor who formerly was the on-campus Muslim preacher raised money for Al Qaeda and recruited for jihad, according to an exposé from the Americans for Peace and Tolerance (APT).

Laher’s career goes back to the 1990s, when he helped recruit for jihad in Chechen and led fund-raising for Al Qaeda while he was a MIT chaplain. Today, he preaches at the Islamic Society of Boston, an extremist mosque founded by MIT students near their campus. It is the same mosque where Boston Marathon bombers Chechen refugees Tamerlan and Dzhokhar Tsarnaev worshipped.

“Suheil Laher …became president of a Muslim charity based in Boston called Care International, which was founded by Osama Bin Laden’s mentor Abdullah Azzam and was…essence, a fundraising vehicle for mujahideen….

“Laher, then, was quite an important figure in Al Qaeda’s leadership here. His perch at MIT meant that he had easy access to the best American Muslim minds – and their world-class technical skills….

“He pioneered the Jihadist use of the new Internet medium to fundraise and recruit for Al Qaeda causes online. Laher’s personal website prominently featured Abdullah Azzam’s notorious call to Jihad, a tract called “Join the Caravan:

‘Beloved brother! Draw your sword, climb onto the back of your horse, and wipe the blemish off your ummah. If you do not take the responsibility, who then will?’

“Laher’s website contained a large collection of his writings and of sermons he gave in the Boston area. These sermons are replete with calls for Jihad, such as this passage:

When the Muslim lands are being attacked, and the Muslims are being raped and killed, the only solution prescribed by Allah is jihad. Jihad is for all times. […] Jihad does not stop. Those of us who have not yet managed to go and physically help our brothers and sisters should support […] our mujahidin brethren with prayer, with money, with clothes, by taking care of their families, and at some point in person. Otherwise, we must face the wrath of Allah.

One of Laher’s followers on MIT was a biology student named Aafia Siddiqui, who later became known as “Lady Al Qaeda.” She now is serving an 86-year prison sentence for attempting to kill FBI agents who arrested her when she was carrying two pounds of cyanide and plans for mass casualty attacks on New York using chemical and biological weapons.

Laher left his post as Muslim chaplain at MIT last year but continues to preach at Boston mosques.

Feoktistov and Jacobs wrote, “There is no evidence to indicate that Laher influenced the Tsarnaevs directly. Nevertheless, the legacy of radicalism at the Tsarnaevs’ mosque is very much tied to MIT and the Jihadist ideology that Laher preached as its Muslim chaplain.” 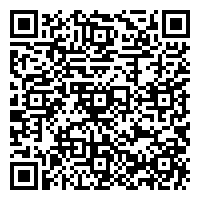