A member of the central committee of Mahmoud Abbas’ Fatah party has said in a fiery speech that using “the rifle” always is an alternative for the Palestinian Authority if it does not get what it wants through diplomatic pressure, which it calls negotiations.

Fatah Central Committee member Tawfiq Tirawi, speaking last week at a ceremony in Abbas in support of Abbas, reiterated Fatah’s adherence to the use of weapons as “one of the methods of struggle.”


His speech was translated into English and reported by Palestinian Media Watch, which also provided a video of the speech with English subtitles, as seen below. The Palestinian Authority’s official television station telecast the speech live.

Shouting that “the rifle is here, and it can burst forth at any moment,” Tirawi stated that the rifle “will burst forth from this [current] leadership… and if we are no longer alive… [from] our sons, our young lions

“A national enterprise cannot succeed without the National Liberation Movement, Fatah. We in this movement have not cast down the rifle and have not let go of the rifle. The rifle is here! The method of struggle we are adopting now [negotiations] is [only] one of the methods of struggle.

Fatah also posted on its Facebook page a cartoon showing a small boy pulling the hand of a man carrying a rifle and dressed in a military uniform and wearing a traditional Palestinian headscarf. The child says to the armed man, “We have missed you, come back.”

“Weapons or popular resistance. There are a hundred ways of resistance…. What you are hearing from Fatah isn’t anything new… At our Sixth Convention, held in Bethlehem, we did not rule out any of our options for resistance, of which armed struggle is one.”

Tirawi’s statements are logical considering the opening he was given earlier this year by  U.S. Secretary of State John Kerry, who blurted out to an Israeli interviewer, “What do you want? Another Intifada,” meaning that Israel should give Abbas what he wants through “talks” or end up giving everything after a supposed “victory” through violence.

But that can’t possibly be the stand of the Fatah party or of Abbas because none other than President Barack Obama, who as president of the United States of America certainly has inside knowledge, states time after time that Abbas actually does not incite to violence.

It is hard to believe that Obama is on Planet Earth, but here are the man’s words last week, when Abbas graced his presence at the White House:

Abbas “has been somebody who has consistently renounced violence.”

And who knows better than President Obama? 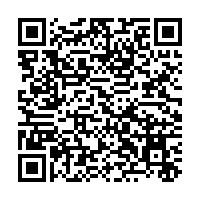