A female Arab terrorist was caught on Thursday morning at around 9:40 AM with a knife in her bag as she approached the Tomb of the Patriarchs, Maarat Hamachpela, in Hebron.

The woman, from the village of Yata, raised the suspicions of the Border Police who told her to stop while they checked her.


The woman was arrested. No one was injured. 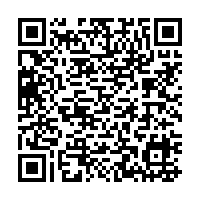