Resolutions condemning the Boycott, Divestment and Sanctions (BDS) movement against Israel in the Tennessee and Indiana state legislatures mark what a group of pro-Israel organizations and grassroots activists hope is just the start of a new trend in fighting BDS on American soil.

The Tennessee General Assembly on April 21 became the first state legislature in the U.S. to formally condemn the BDS movement through the passage of Senate Joint Resolution 170. The resolution was initiated by Laurie Cardoza-Moore, founder of the Christian Zionist group Proclaiming Justice to the Nations (PJTN). Cardoza-Moore worked with local Jewish and Christian organizations to bring the resolution to the state legislature.

With the current climate of increasing anti-Semitism, anti-Israel, and anti-Zionist campaigns, Tennesseans and all people of conscience should endorse public statements of support for our Jewish brethren living in Tennessee and pro-Israel students attending colleges and universities in our state.

The measure, which is expected to be signed next week by Tennessee Governor Bill Haslam, declares that the BDS movement is “one of the main vehicles for spreading anti-Semitism and advocating the elimination of the Jewish state,” adding that BDS activities in Tennessee “undermine the Jewish people’s right to self-determination, which they are fulfilling in the State of Israel.”

Furthermore, the resolution states that the BDS movement and its agenda are “inherently antithetical and deeply damaging to the causes of peace, justice, equality, democracy, and human rights for all the peoples in the Middle East.”

According to a PJTN press release, “BDS has an active presence in Tennessee, particularly through The U.S. Campaign to End the Israeli Occupation, a group that is a leader of BDS. UT (University of Tennessee) Knoxville alumnus Rev. Osagyefo Uhuru Sekou, a leader in the U.S. Campaign, was this year’s keynote speaker at the national meeting of Students for Justice in Palestine (SJP), a college campus group that has spearheaded anti-Israel demonstrations.”

Also testifying before the same committee to advocate for the resolution was Mark S. Freedman, executive director of the Jewish Federation of Nashville and Middle Tennessee, who said, “While the majority of delegitimization efforts are defeated, and support for Israel in the United States and in Tennessee remains strong, the opponents of Israel continue to make headway simply by poisoning the public discourse around Israel.” Freedman added that besides condemning divestment, Tennessee can go further by beginning “to think about investment in Israel.”

Joanne Bregman, a local Jewish activist and attorney who advocated for the resolution’s passage, told JNS.org that the Tennessee General Assembly’s action could serve as a template for other U.S. states to recognize the growing threats of the BDS movement and anti-Semitism. She added that the Christian-initiated bill should be a “wake-up call” for the Jewish community to be the ones “who need to fill the public information void” on BDS and anti-Semitism.

That effort is already underway, with the Indiana House of Representatives this week unanimously (93-0) passing a resolution that now moves to the Indiana Senate, after which point it is expected to be signed by Governor Mike Pence.

Similar to the Tennessee resolution, the Indiana measure “expresses opposition to the anti-Jewish and anti-Israel” BDS movement, adding that the global spread of anti-Jewish speech and violence “represents an attack, not only on Jews, but on the fundamental principles of the United States.” The resolution goes on to thank the presidents of Indiana University and Purdue University for “strongly” condemning the boycott of Israeli academic institutions after some faculty members and other staffers at those schools voiced support for the BDS movement. 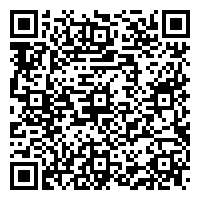