Four Women of the Wall were detained on Thursday morning as they were engaged in the Rosh Chodesh (first day of the month) prayer at the Western Wall. Police also detained an ultra-Orthodox man and woman, who allegedly burned a prayer book that held by one of the women.

Among those detained was the director of the Women of the Wall organization Leslie Sachs, who said: “This is reminiscent of dark periods in our history when they took away the Jews’ holy words and didn’t let them pray. We want to pray at the Western Wall in the women’s section, as we always have done. It should not bother anyone.”

The five women were detained after violating the rules of the Kotel area and wrapped themselves in talitot. Meretz MKs Tamar Zandberg and Michal Rozin attended the ceremony. 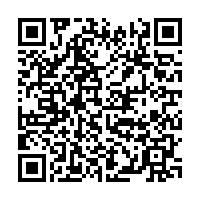