The Jewish Press received the following email from Shira Pruce, Director of Public Relations at Women of the Wall:

I hope that you will join us and send representatives/photographers to our Rosh Hodesh Prayer tomorrow, Thursday April 11, 2013 at 7 AM at the Western Wall. We will be joined by two members of Knesset, MK Tamar Zandberg and MK Michal Rozin (Meretz). While we always hope for a peaceful prayer, the Jerusalem Police have asserted that they will enforce the law to the fullest extent.


Women of the Wall also offered a statement regarding Natan Sharansky’s proposed plans for the Western Wall, which would turn an archaeological site adjacent to the main Western Wall plaza into a permanent place for mixed worship:

“We have not yet received the recommendations from JAFI Director, Natan Sharansky, but we will be happy to respond in full when we see the final proposal. With that, we are hopeful at the possibility of a major advancement in pluralism at the Western Wall.”

The statement continues: “All plans and major changes will take time and resources to be completed. Until then, it is crucial to end the arrest and detainment of all women in acts of prayer at the Western Wall. There is no solution that will unify the Jewish people so long as women can be arrested for wearing prayer shawls and reading from the Torah at the Western Wall, a public holy site in Israel.”

Personally, I have no idea why we, the Jews, are arguing over the back yard of our ancient temple, when the actual Temple Mount is waiting for its rightful owners to come back and reclaim it. We have enough knowledgeable rabbinic scholars who can show us where we may set foot and where we shouldn’t. The rest is up to us. But I’m digressing.

Are Haredi Jews going to accept what is, in effect, a Reform synagogue, next to the Kotel? Is everybody realizing that with the Sharansky proposal we’ll be trading a relatively harmless monthly event for a year-round “egalitarian” prayer area, which is code for Reform?

Also, regarding Shira Pruce’s call for Israeli police to restrain themselves – I pray that they do, but I won’t hold my breath. 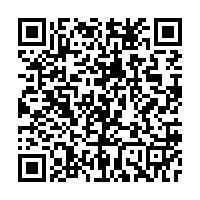