The General Director of the European Jewish Association Rabbi Menachem Margolin has protested a proposal by a Flemish government minister to implement a total ban on the practice of Jewish ritual slaughter, insisting such a move “is against freedom of religion.”

Flemish Minister for Animal Welfare Ben Weyts said on Belgian television Sunday that he would actively pursue a total ban on the practice of animal slaughter without pre-stunning, beginning next year.

Responding to the latest attack on the ancient Jewish ritual, Rabbi Margolin emphasized that the Jewish practice of “Shechita” is “the most humane method of slaughter” because it ensures the welfare of the animal not only at the time of slaughter, but also concerns itself with “the conditions in which animals are raised before their slaughter.”

He added, “As well as being illogical and inconsistent from the perspective of animal rights, labelling kosher meat will give ammunition to anti-Semites to attack Jewish tradition.”

Mr. Weyts called for religious groups to adhere to current legislation which allows animal slaughter without pre-stunning to be carried out only in licensed abattoirs. Further legislation, he added, was on the agenda for 2015. His Belgian government counterpart, Wallon Minister Carlo Di Antonio, indicated it would “take the same shape as that suggested by” the Flemish Minister. 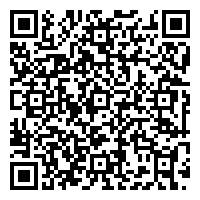