45 ISIS fighters died on Monday night after eating poisoned food at a group Iftar meal in Mosul, Iraq. The report was released by Al Sumaria News, a Kurdish paper.

The Iftar meal is the one Muslims consume after the day’s Ramadan fasting is over.


While the source of this poisoning is unknown, in November, the Times of Iraq reported that Syrian Free Army Rebels and the local cooks had poisoned the food of ISIS fighters in the Fath El-Sahel camp, killing dozens of them. 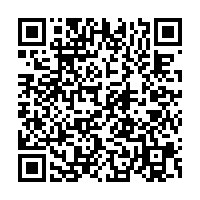