The European low-fare Ryanair Airlines announced Tuesday it is launching its first Israel flights with three new routes between Ovda Airport, northwest of Eilat and Budapest, Kaunas and Krakow.

The new service will begin in November, with two flights a week to each of the three European cities.

Ryanair also said that it “will continue to negotiate with the Israeli authorities over future routes.”

We will strengthen our presence in Israel as time goes by. Eilat is a very unique tourist destination like Morocco and the Canary Islands and we are certain that we will fill the planes.

Negotiations between Israel and Ryanair have been taking place for several years.

The Negev is undergoing a boom with a massive transfer of IDF forces and bases to the southern Israel, the fast-growing change in Be’er Sheva’s becoming a high-tech center, and the extension of the high-speed north-south Kvish 6 (Highway 6) to Be’er Sheva.

Several major corporations, including Boeing, are investing in the new high-tech park next to Ben Gurion University, and Ryanair’s service will be convenient for soldiers and businessmen traveling to Europe. 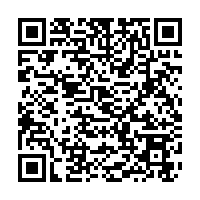