Contrary to the propanganda by the Hamas PR machine, Gaza reconstruction is moving along nicely – at least in the underground terror tunnel network.

IDF Colonel Nachi Mandel, deputy commander of the army’s Gaza Division said in an interview on Galei Tzahal Army Radio Tuesday that Hamas is working hard to rebuild its capacity.


The terror organization took a severe beating – as did the civilian infrastructure of the Gaza region itself – during the 2014 counter terror war, Operation Protective Edge.

Nevertheless, “Hamas is building up its forces again,” Mandel warned. “It is training its forces and boosting the number of mortars it is manufacturing. It is continuing to add to its arsenal, and dig more terror tunnels.

“We need to view this in realistic terms,” he continued. “Hamas is doing whatever it can to improve its readiness in case of renewed hostilities.”

In an interview Tuesday on state-run Israel Radio, Hamas de factor “foreign minister” Razi Hamed claimed that materials intended for use in reconstruction are not “falling into the hands of the military wing.”

However, Israeli intelligence has said otherwise, and photos of new tunnels that have been built in the underground terror network prove the point.

Hamas has no desire to start another round of fighting with Israel, Hamed told the interviewer. In fact, he said, Hamas wants to preserve the “quiet” in Gaza.

That could well be, at least for now. Hamas finds itself locked in an existential struggle with a growing number of terror groups comprised of Salafi Muslims aligned with Da’esh (ISIS).

Although Hamas has been providing support to these groups in their battle against the Egyptian government, inside Gaza it is fighting them to retain control over the enclave.

Hamed added that the new road being paved near the security fence in Gaza is intended for defense and internal law enforcement. 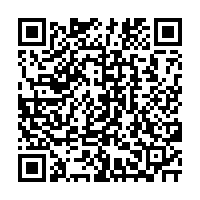