(JNi.media) Maj. General (res.) Amos Yadlin, Director of The Institute for National Security Studies and former head of IDF Military Intelligence called on the US and Israel to continue pursuing their original goal of blocking Iran’s path to a nuclear weapon, following the implementation of its nuclear deal with the West.

Speaking to more than 1,300 Israeli Americans from around the US, at a panel discussion of “Post Iran Deal – A New Era” at the 2nd Annual National Israeli-American Conference in Washington, Yadlin said: “The deal is a catastrophe but it is done and unfortunately the issue is not going away. How do we go forward to deal with the deal?”


Yadlin said Israel must work with the Administration parallel to the existing deal. “We need to plan to confront nuclear and non-nuclear issues,” he reiterated. “Iran continues to send weapons to Hezbollah, Hamas and Assad in Syria. It is imperative that the breach with the US is healed in order to control Iran’s activities that continue to create chaos throughout the region.”

Yadlin added, “We must never lose sight of the fact that when the 15-year term of the Iran deal ends, Iran may very well have an unlimited stockpile of centrifuges.”

General Yadlin emphasized that both Prime Minister Netanyahu and President Obama—as well as Obama’s successor—must use the next five years to prevent Iran’s empowerment. The new deal should be based on a strong defense package to equip Israel to cope with the fallout of the current deal.

Ambassador Dermer said, “With the nuclear deal now moving ahead, Israel is also moving ahead, hoping to forge a common policy with the United States to address the continuing dangers posed by Iran.”

Dermer outlined areas where Israel will seek to cooperate with the US to counter the Iranian threat, including working together to ensure that Iran is complying with all its nuclear obligations, confront and roll back Iran’s aggression in the region, and tear down Iran’s global terror networks.

Udi Segal, senior diplomatic correspondent for Israel’s Channel 2 News, warned that “Israel cannot sit on its hands and wait. The US and Israel share values and both sides need to realize that we need each other and that we have common interests.” 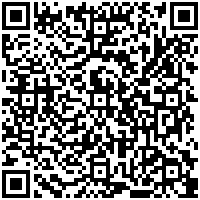