Arad also criticized cabinet ministers who leaked criticism of the prime minister and of Defense Minister Moshe Ya’alon during Operation Protective Edge. He said the media leaks harmed Israel’s security and had deterrence.

If there was one positive thing to take away from Operation Protective Edge, Arad said, it was the unity and strength of Israel’s civilian home front.

“The nation is very unified. But there is no unity on the results of the operation,” Arad said. 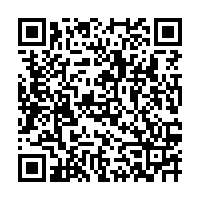